Demystify the Smart Manufacturing with the Industry 4.0 originator 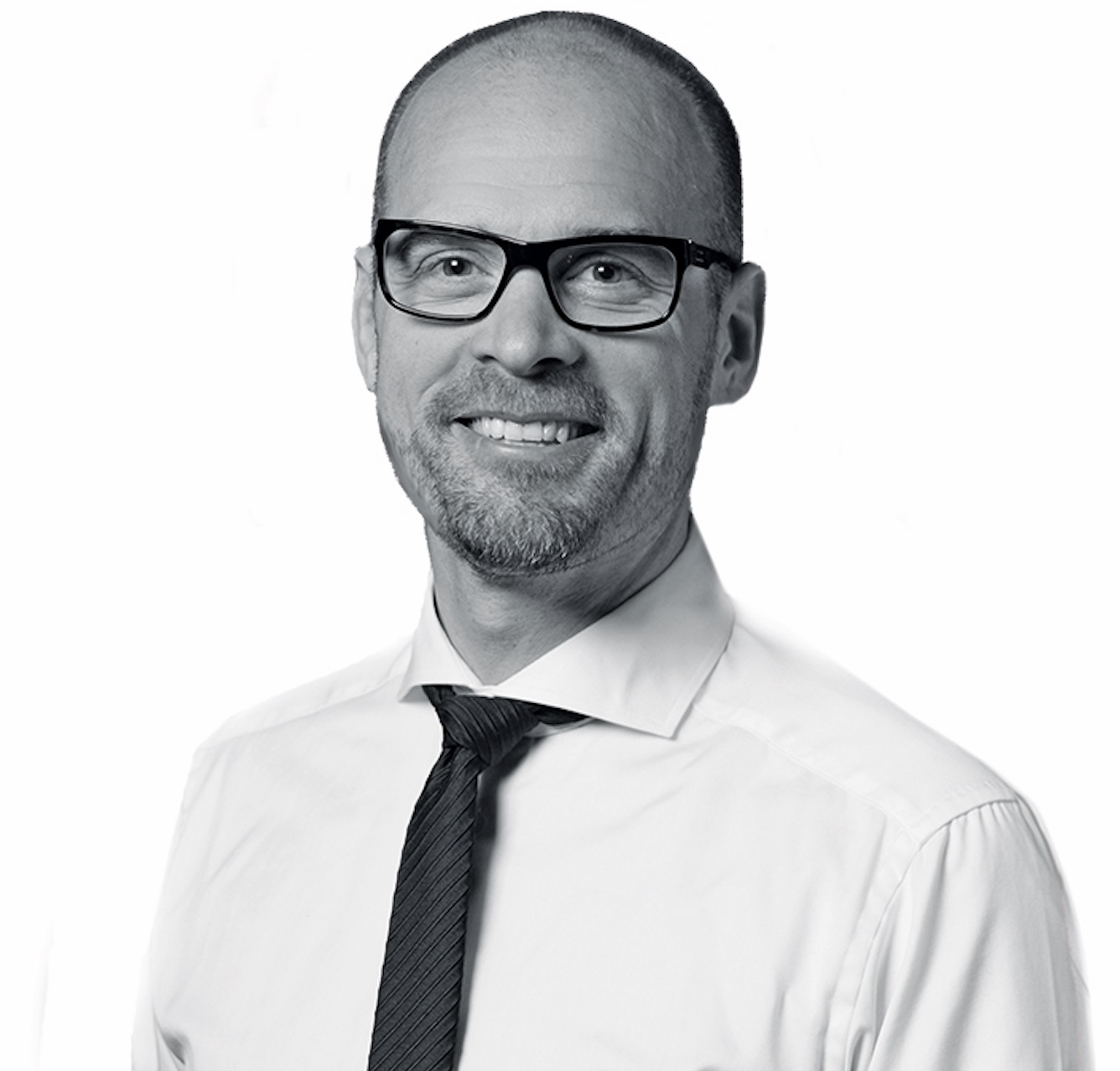 Henrik von Scheel has been named as one of the leading authorities on strategy and competitiveness by the Financial Times. Most of his work is applied to national economies, triggers global themes, influences GDP growth, resets policies, and shapes the performance of the fastest growing Fortune 100 companies

What exactly is the Fourth Industrial Revolution?

The 4th  industrial  revolution brings the  fusion of  the digital, the physical and the virtual world, and is the biggest structural change of the past 250 years.In its scale, scope, and complexity, the transformation will be unlike anything humankind has ever experienced before. It is disrupting every industry and economy in every country. And it fundamentally alters the way we live, work, consume, trade, invest, and how we relate to one another. Until now, there have been four industrial revolutions:

But despite being already the 4th revolution, Industry 4.0 is the biggest structural change in the past couple of hundred years. It is disrupting every aspect of our lives, of our economy, in every industry and country. And, due to its scale, scope, and complexity, this transformation will be unlike anything humankind has experienced before. This new paradigm marries advanced production and operations techniques with smart digital technologies to create a digital enterprise that will not only be interconnected and autonomous but can communicate, analyse, and use data to drive further intelligent actions back in the physical world. It represents the way in which smart and connected  technologies can become embedded within organisations, people, and assets, and is marked by the emergence of capabilities such as robotics, analytics, artificial intelligence and cognitive technologies, nanotechnology, quantum  computing, wearables, the Internet of Things, additive manufacturing, and advanced materials.

“ The 4th Industrial Revolution alters every aspect of our lives, economy, how we live, consume, work and relate to one another"

Normally an industrial revolution is a period of radical changes that effect society, industries , economies and environments. There are various moments throughout human history, where new technological advancements collide together to new heights, and sets the bar higher. Typically due to new advancements or discoveries.  The industrial revolutions have shaped our world today into a globally interconnected society which currently fuels the exponential growth thereof. A revolution usually emerges as an evolution, but the Fourth IndustrialRevolutions is exponential in nature. The exponential effect is difficult to comprehend. Let’s try with a “Gedanken-Experiment ”: if you want to travel to the moon by foot and every step you take will double in length, how many steps until you reach the moon? Your step 29 will bring you to the moon. Step 30 will bring you back to earth.

Humanity a crossroad – Rebirth or Destruction

Human are the centrepiece

In essence, the centrepiece  of Industry  4.0  are actually  the  people -  not technology. Ever since the first caveman shaped a flint, humanity has defined itself by the ability to equip itself with tools to manage its environment. The Industry 4.0 era will be no different. When compared with previous industrial revolutions, the 3rd and the 4th revolution have evolved at an exponential rate rather than a linear pace. When trends collide, disruptions happen fast. In fact, so fast, that the tectonic plates of productivity and growth are shifting at  a speed  that  reshapes the  competitive  and social landscape, and redefines the boundaries of prosperity, trade and values.  Are the speed and scale of change increasing?

As I’ve said before, the 4th industrial revolution brings the fusion  of  the digital,  physical  and virtual  world, into what is called cyber-physical systems. Industry 4.0 is the biggest structural change in the past 250 years. In its scale, scope, and complexity, the transformation will  be unlike  anything  humankind has  ever  experienced before. It is disrupting every industry and economy in every country. In fact, it fundamentally alters the way we live, work, consume, trade, invest, and how we relate to one another. You can see, it affects every corner of our life.

The fourth  industrial  revolution is  defining  the new boundaries of prosperity, the future of the workplace, and  the policies that will lay the foundation for how companies compete and  trade in the future. In fact, there are 17 distinct  pillars of technology that are working simultaneously to bring together the digital, physical, and virtual worlds. Each of these 17 pillars delivers unparalleled opportunities for growth and productivity, resetting the competitive landscape in a scale never  seen before with smart products and new service models.It also creates the  next  generation of operational excellence, smart automation, connectivity and alignment across all of the value chain. In a world that is being disrupted faster than ever, the question is not whether you will join in, but how.

First of all, Industry 4.0 comes in waves. The fourth industrial revolution works as an evolution that happens in several stages, or waves (of which you can see some in Figure 1, below).

Each wave unlocks the paradigm shift of the next wave and so on. And there are certain technological requisites that unlock and enable newer technologies at later stages. Currently, we have entered the 2nd wave of the 4th industrial revolution, whose main characteristic is that it radically changes the manufacturing industry. It alters the way in which companies are going  to operate as well as the relationship between suppliers, customers and  other third  parties. There are going to be many more interactions between all those parties. One of the most relevant advantages is going to be the amount of data that is being generated, and that can be used to adapt to changes rapidly, or even to anticipate these changes. The connected ecosystem that is being built, has many benefits and taking advantage of these is going to generate a competitive edge.

The epicentre of theIndustry 4.0 revolution is manufacturing that has changed the manufacturing sector and to reshape the way things are made beyond recognition.

Manufacturing is on the verge of a seismic, tech-driven shift i.e. 3-D printing, human-machine interaction, such as touch interfaces and augmented-reality systems to name a few. The Manufacturers in 2025 will look very different. Today, the Manufactures has never been so disrupted, with Smart Manufacturing requires to rethink the core differentiation. Differentiation is what you do, every day, through repeatable activities to serve your customers better than the competition. Turning disruption to advantage for sustain profitable growth in a highly competitive, better operations in a low-interest-rate environment and serve an aging population.

The2nd wave introduces a new era of Operational Excellence that transforms the design, manufacturing, operation, service of products and productions systems. Connectivity and interactions among parts, machines and humans will make productions systems as much as 35% faster and 30% more efficient and elevate mass customisation to new levels

The 2nd wave of Smart Manufacturing resets the competitive landscape and redefines factory, products, service model and creates the next generation of operational excellence, smart automation, smart supply chain, connectivity and alignment across the value chain

Move beyond the hype to deliver business value

An age of  disruption, as the current one, requires a re- thinking of the core differentiation.Differentiation is what you do, every day, through repeatable activities to serve your customers better than the competition. Each successive disruption erodes old industry borders and creates  opportunities.  The Industry 4.0 delivers unparalleled opportunities for growth and productivity. It resets the competitive landscape which carves the path for new innovations and new ways of thinking.

Actually, each industry has different drivers, but nevertheless they all have the following common three stages of adoption:

There are three low-hanging value drivers factory that define the productivity imperative, which establish the relevant set of key value drivers capturing impact at scale:

Focus on how to scale – focusing on value, mobilising the organisation, and innovating the infrastructure. Three key principles guide Industry 4.0 value capture at scale: